The Co-chairs reaffirmed the necessity of steps aimed at settlement of the conflict through peaceful negotiations and discussed prospects of measures to be taken in this regard. 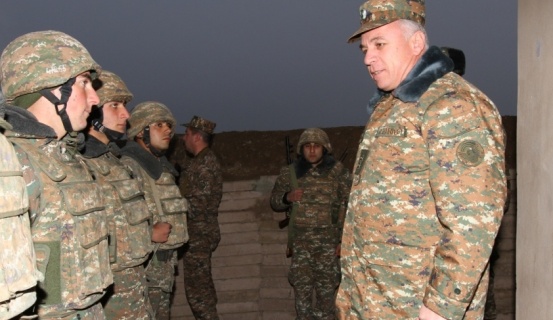 The NKR Defense Minister touched upon the developments along the Line of Contact between armed forces of the NKR and Azerbaijan, presented undeniable evidence of Azerbaijani military aggression and in particular their inhumane treatment of peaceful civilians.

The Co-chairs reaffirmed the necessity of steps aimed at settlement of the conflict through peaceful negotiations and discussed prospects of measures to be taken in this regard.