Zhamanak: Ohanyan to be promoted to senior post in Russia?

The paper claims that Ohanyan may be offered a leading post in a military-educational institution. 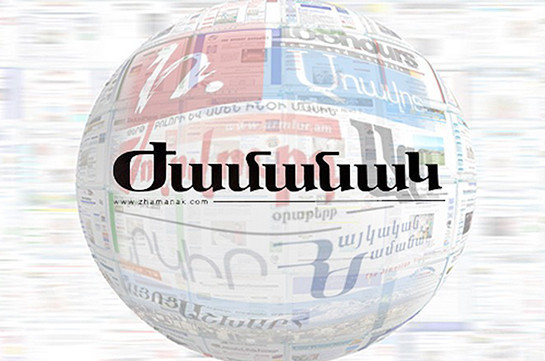 After his bloc’s failure in the April 2 parliamentary elections, former Minister of Defense Seyran Ohanyan is quite likely to eventually abandon politics and settle in Russia to get a new promition.

Citing its sources, the paper says that he recently started a trip to the country to meet with Sergey Shoygu, the Russian defense minister, with whom he reportedly maintains very close ties also now. The paper claims that Ohanyan may be offered a leading post in a military-educational institution.

2017-06-09 16:36:13 The Ministry of Foreign Affairs (MFA) of Armenia was the venue Thursday for consultations between the MFAs of Armenia and Russia, and with respect to cooperation with the North ...
Alexis Ohanian, his grandfather attend LA premiere of The Promise

2017-04-25 16:44:56 The Los Angeles premiere of The Promise, a movie about Armenian Genocide, was held Wednesday. The event brought together the actors that played major roles in this film, as wel...
168 Zham: Russia pursuing policy of retreat in Artsakh

2017-04-25 15:27:14 The negotiations, which Ankara recently launched with Moscow to consider steps for lifting sanctions, are expected to deal a major blow to Armenian manufacturers and re-exporter...
Wherever we are on April 24, our hearts go out to the Armenian people – Maria Za...

2017-04-25 12:17:47 “Wherever we are on April 24, our hearts go out to the Armenian people,” Spokeswoman of the Russian Ministry of Foreign Affairs (MFA) Maria Zakharova noted in a post...
Armenia among top five tourist destinations for Russian visitors

2017-04-25 11:52:54 Armenia has been included in the top five list of tourist destinations for the Russian tourists. As Lenta.ru Russian news agency reports, Bulgaria tops the list. Montenegro come...
Newsfeed