Andressian said that he has not been trying to evade authorities, despite spending the past 47 days in Las Vegas living out of a hotel. 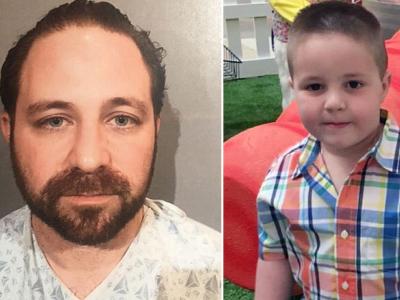 The father of a 5-year-old Pasadena boy missing since April behaved strangely during the first hearing in court.

Andressian said that he has not been trying to evade authorities, despite spending the past 47 days in Las Vegas living out of a hotel.

“If California wants me they can come and get me,” Andressian told Justice of the Peace Eric Goodman. “I never came here in an intent to flee.”

“Ara will pay tenfold for all that he has done,” the child's mother told NBC4 after the hearing.

It was reported earlier that Aramazd Andressian Sr. tried to commit suicide and was getting ready to flee the US to a country from which he could not be extradited.

If convicted of murder, Andressian could get a maximum of 25 years to life in prison.

Boy’s mother reported him missing on April 22, after his father, with whom she shares custody, failed to show up to their arranged meeting point to drop off their son.

Aramazd Andressian Sr. was found unresponsive in Arroyo Park early morning on April 22, a short distance from his vehicle. The toddler, however, was not with his father at that time.

2017-07-05 13:55:34 On July 4 the enemy continued to breach the ceasefire at the line of contact between the Artsakh-Azerbaijani forces firing mortars of different calibers and at 8:20 pm it used T...
Sargsyan: New projects, ideas will be born in Armenian-Japanese cooperation

2017-06-14 17:06:14 The President of Armenia, Serzh Sargsyan, on Wednesday received the president of the Japan International Cooperation Agency (JICA), Shinichi Kitaoka. First, Sargsyan expressed ...
Why Jivan Avetisyan’s ‘The Last Inhabitant’ Should be Armenia’s Entry to Oscars

2016-08-27 17:25:26 The Academy of Armenia for films is facing a crucial decision come September 3. Who will the Academy nominate as the official entry for the 89th Academy Awards to represent Arme...
Newsfeed