French helmer Slony Sow is directing from his own script. Paul Hoppe is the producer and Nick Kambayashi is executive producing. AUN Entertainment and Licri are the production companies. 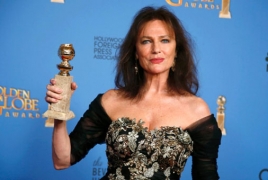 Jacqueline Bisset has been cast in the lead role in the family drama “Journey to Miyakojima”, which will begin filming in Japan in October, Variety said.

French helmer Slony Sow is directing from his own script. Paul Hoppe is the producer and Nick Kambayashi is executive producing. AUN Entertainment and Licri are the production companies.

Bisset will play a quietly ailing family matriarch and NBA team owner who is hoping to reunite her shattered family at a serene island off the coast of Okinawa, thousands of miles away from home. She persuades her granddaughter, whose eating disorder is escalating, to take up residence at a guesthouse on the island — where its beauty, a chance meeting with a treasure hunter, and a century-old shipwreck heal their wounds.

Bisset stars in “L’Amant Double,” a Palme d’Or contender at the upcoming Cannes Film Festival, and has been cast in a recurring role for Starz-Encore series “Counterpart,” starring J.K. Simmons. Variety reported last year that Bisset had come aboard “Backstabbing for Beginners” as the female lead, joining Ben Kingsley and Theo James in the political thriller for Danish director Per Fly.

Bisset portrayed the wife of a fictional politician, inspired by Dominique Strauss-Kahn, in 2014’s “Welcome to New York” and received a Golden Globe for supporting actress for 2013’s miniseries “Dancing on the Edge.”