Aznavour to Receive a Star on the Hollywood Walk of Fame

Aznavour will join Lin Manuel Miranda, the creator and star of the hit Broadway musical “Hamilton” in the Live Theatre/Live Performance category. 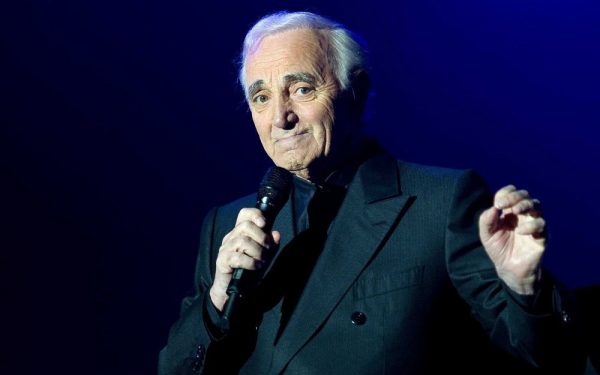 Legendary singer and performer Charles Aznavour is among several entertainment professionals in the categories of Motion Pictures, Television, Live Theatre/Live Performance, Radio and Recording who have been selected to receive stars on the Hollywood Walk of Fame, it was announced Thursday by the Walk of Fame Selection Committee of the Hollywood Chamber of Commerce.

Aznavour will join Lin Manuel Miranda, the creator and star of the hit Broadway musical “Hamilton” in the Live Theatre/Live Performance category.

“The Walk of Fame Selection Committee is pleased to announce our newest honorees to the Hollywood Walk of Fame. The Committee looked carefully at each nominee and we feel that we have selected an eclectic group of talent that will appeal to the tastes of many fans around the world,” said Di Bona. “As a Walk of Famer myself, I know these honorees will remember the dedication of their stars with great memories and will be proud that they are part of Hollywood’s history now and forever. We look forward to their big day as the Walk of Fame Class of 2018 becomes cemented one by one on the most famous sidewalk in the world!”

Last October, Aznavour was awarded an honorary Walk of Fame plaque for his contributions to the Arts and the global Armenian community.

The plaque was presented by Senator Kevin de León, who represents Little Armenia in Hollywood, in honor of the world-renowned artist’s arrival to the United States and his upcoming performance at the Pantages Theatre on October 28.

“Humbled and elated, we welcomed world renowned Charles Aznavour to Hollywood and presented him with honorary Walk of Fame plaque as well as the historic 101 Hollywood Freeway Little Armenia sign,” said de Leon. “The plaque and welcome ceremony launched what will be Aznavour’s permanent recognition and presence in Hollywood in months to come.”

The Walk of Fame is a tribute to all of those who worked diligently to develop the concept and to maintain this world-class tourist attraction. The Walk of Fame is open to the public. No paid admission or assigned seating at star ceremonies.

No date has been set for the Aznavour’s award ceremony.