Babayan’s army friend, Sanasar Gabrielyan, is the second individual implicated in the case. The attorney didn’t reveal the identity of the third person, whom Babayan doesn’t recognize, according to Kalashyan. 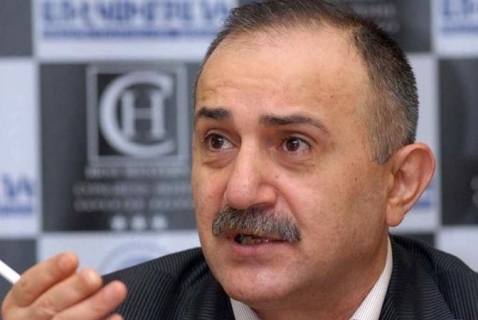 Babayan was arrested on March 22, together with two other individuals, on suspicion of illegally obtaining and attempting to smuggle a 9K38 Igla Russian portable infrared homing surface-to-air missile.

Babayan’s army friend, Sanasar Gabrielyan, is the second individual implicated in the case. The attorney didn’t reveal the identity of the third person, whom Babayan doesn’t recognize, according to Kalashyan.

2017-04-25 14:45:38 Hrachya Gevorgyan, who died on April 5 in Armenia’s Armavir Penitentiary, was not averse to ruffling the feathers of prison officials by speaking out on violations he witn...
Living in Fear of Eviction: Yerevan Family Struggles to Retain Home
2017-04-25 14:27:36 The Arzumanyan family of Yerevan has been fighting for their property rights for 12 years. Despite their legal struggle, they now face eviction. They found out years ago that t...
16 Criminal Cases Dealing with Armenia's April 2 Parliamentary Election

2017-04-25 14:20:18 Sixteen criminal cases have so far been launched in Armenia regarding violations registered on April 2, parliamentary election day. Twelve of the cases deal with duplicate voti...
Armenian Border Control Officials, Others, Charged with Facilitating Illegal Mig...

2017-04-25 14:12:40 Charges have been filed against officials of Armenia’s National Security Service (NSS), Zvartnots Airport, and private companies for facilitating the organization of illeg...
Armenia’s Lake Gosh: Building Eco-Tourism or a National Eyesore?

2017-04-25 13:15:20 Armenia’s Lake Gosh today looks like a large pool of muck. The Vendor company has brought in heavy construction equipment into the Dilijan National Park, widening the roa...
5 lucky winners of Coca-Cola EURO 2016 promo are off to France to watch Germany ...