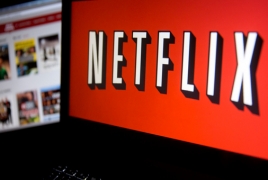 Netflix is to introduce original content in China in a licensing deal with local video streaming service iQiyi.com, the U.S. company said on Tuesday, April 25, according to Reuters.

Netflix has struggled to break into the Chinese market, where streaming services are subject to strict data storage regulations and foreign films and television are routinely censored.

Content air times will parallel other regions, a spokeswoman said, who declined to say comment further on the tie-up.

Netflix has played down the possibility of its entry into China in the past year despite its otherwise rapid global expansion.

In October co-founder and Chief Executive Reed Hastings said that prospects for a direct streaming service in the country were slim, and the firm had made no progress in obtaining government approvals.

iQiyi.com is one of China's largest streaming services and is backed by search giant Baidu Inc. In February it raised 1.53 billion to take on local rivals in a hotly contested market.
This month Netflix forecast a global increase of 3.2 million subscribers in the second quarter, far outpacing analysts' estimates of nearly 2.4 million.