Microsoft wants to beat Chromebooks at their own game

Assuming this chart is accurate, it gives a good idea of what sort of hardware we'll be seeing from Windows 10 Cloud devices. 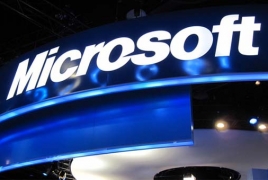 Microsoft is holding an education-focused event on May 2nd, and speculation has indicated that we might see Windows 10 Cloud for the first time. The software is pegged as a low-resource platform that could compete with Google's Chrome OS, which has been making big inroads in EDU markets recently.

Assuming this chart is accurate, it gives a good idea of what sort of hardware we'll be seeing from Windows 10 Cloud devices. The relatively modest specs include 4GB of RAM, a quad-core Celeron (or better) processor and either 32GB or 64GB of storage -- that all sounds a lot like you'll find in a Chromebook. Microsoft is looking to achieve "all-day" battery life for "most students" and super-short boot and wake from sleep times, as well.

Windows 10 Cloud suggests that machines running this new software will only work with Universal Windows Platform apps you get from the Microsoft Store -- traditional Windows software will be out. But for a lot of students, that plus the many web-based apps and services out there will be enough to get a lot of work done, Egadget said.