Next version of uTorrent to run in your browser

uTorrent will take its time before forcing the client on users, though. 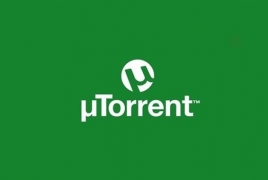 uTorrent is the most popular Bittorrent client in the world, but it's clearly getting a bit long in the tooth. You can expect some big changes soon, though. As Engadget reports citing TorrentFreak, the app will eventually run in your web browser, based on comments from BitTorrent creator Bram Cohen in an interview with the Steal This Show podcast.

The move will allow uTorrent to offer better streaming support -- something the current client has always struggled with -- and it'll also give its developers access to more modern technology to add even more features. And, surprisingly enough, you'll likely see elements from the company's defunct Maelstrom browser in the new client too, Engadget said.

uTorrent will take its time before forcing the client on users, though. "We know people have been using uTorrent for a very long time and love it," Cohen said.

"So we're very, very sensitive to that and gonna be sure to make sure that people feel that it's an upgrade that's happening. Not that we've just destroyed the experience."