All of cyber attack victims in Armenia use pirate software

Microsoft is the second company [after Pentagon] most subjected to cyber attacks. Its website rebuffs dozens of thousands attacks daily. 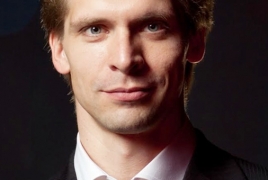 The problem of cyber security and piracy has always been urgent amid the growing number of attacks against corporate computers, websites and IT networks. To know more about the solutions for software security, PAN talked to Dmitry Beresnev, Senior Anti-Piracy Manager & Compliance Director at Microsoft for the CIS countries.

Dmitry, how can the current cyber security issues be dealt with?

There are three tendencies. First is the organized crime. Several years ago hackers were perceived as the “warriors of brightness and goodness”, who have a noble aim to rescue the world. Nowadays, they are not a romantic band of robbers but well organized criminal groups manipulating with billions of dollars. The objective of cyber criminals is not a demonstrative hooliganism against generally accepted rules but serious attacks aimed to destruct processes and machines with a purpose to get secret information. The second tendency is complex cyber weapons, namely modified pirate versions of software. The most popular pirate version of Windows has 63 modifications that allow malefactors to steal data and use the computer for ddos attacks and other actions unknown for the device owner. The third tendency is the mass promotion of these products among the users through torrent networks and pirate websites, as many people install pirate software without thinking about data security.

Microsoft is the second company [after Pentagon] most subjected to cyber attacks. Its website rebuffs dozens of thousands attacks daily. With security being the priority issue, billions are invested to protect the system. Several years ago Microsoft suspended production to introduce new solutions to boost security and minimize vulnerability. For example, Windows Defender is an application which helps protect your computer against pop-ups, slow performance and security threats that are caused by spyware and other malware, by detecting and removing these threats from your computer. According to statistical data, the vulnerability of Microsoft products is much lower than of other market players, while the speed of problem fixing is much higher.

Would you tell us about the Microsoft product security in more detail?

Some 10-15 years ago, hackers attacked big companies to steal data. Today, cyber criminals target small firms and even individuals because majority of us have bank accounts and use credit cards. Every IT company now spends lots of money on cyber security. However, even huge efforts don’t guarantee 100% protection of software, like it’s impossible in case with tanks or houses. We regularly receive messages from CIS residents, who have fallen victims to cyber attacks and in 100% of cases the reason of hacking is the use of pirate software. Although Microsoft has nothing to do with counterfeit software, their use damages the company’s reputation. We study each message from the clients and explain why it’s so important to use original software.

There is some software Microsoft has recently refused to support. How dangerous is its further usage? Can other developers ensure security in case people still use it?

Microsoft stops support of products that were released many years ago, for example Windows XP and Windows Server 2003. We warn the users that the system is out of date and there will be no other updates to ensure its further security. The vulnerability of outdated products grows day by day and the breaches known to hackers become irreparable.

Yes, of course. Microsoft is engaged in development of artificial intelligence products, creating data processing centers across the world. The simplest samples of such solutions are the image and voice recognition systems which serve as basis for many modern antiviruses. A lot of products are created for people with disabilities. For example, Cortana in Windows 10 allows writing letters without touching the computer.

Which are the rulers for users to achieve maximal protection for their PCs?

The general rule is common sense: users must understand where he goes and what he does. Users should not visit unknown websites or open suspicious e-mails. They shouldn’t download unknown programs from unknown developers. We urge users to install licensed software, as the cost of the data they possess is higher than that of the most expensive licensed software.

Which is your vision for the Armenian IT market?

The Armenian IT market is rapidly growing, with major developers and companies offering various products. The Armenian IT segment is bright and dynamic, while its potential is very high. I think that it lacks understanding of its peculiarities by the government and protection of intellectual property (the level of piracy in the country is still high). However, positive steps are observed: the legislation offers favorable conditions for the startups, while the products of brain work are protected by the law.