Opinion: At Lydian, Skills to Persuade are More Important than Professional Experience

Moreover, John Fourie’s home country – South Africa today has serious problems such as acid mine drainage caused by gold mining there. It pollutes water resources of the country threatening agriculture and health of the locals. We have already covered about acid mine drainage. 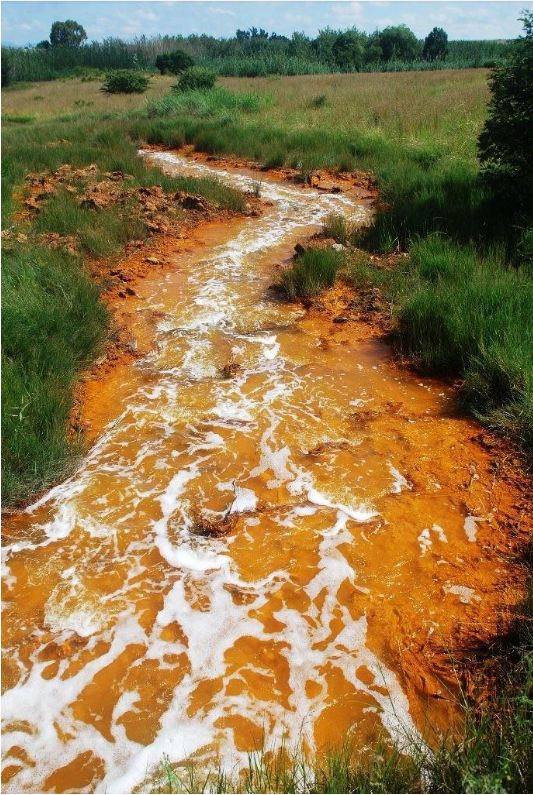 During the meeting in Gndevaz held on the 6th of April, Lydian company’s “specialist” from South Africa, metallurgical manager John Fourie announced that cyanide heap leach facility will be completely safe, so safe that it can be located even in the center of Yerevan. He mentioned that he worked in towns which had larger population than Gndevaz and were located closer to cyanide heap leach facility, while in some communities roads were laid through mine sites. He also mentioned that he himself lived next to such facilities and that there is no need for “sanitary zone” suggested by Gndevaz residents.

We have already covered about the dangers of cyanide heap leach facilities both in our interviews with experts (interview with chemical/environmental engineer Harout Bronozian on risks of Amulsar gold mine project), as well as in our own researches (for example, the case of 2 tons of cyanide leak in Kumtor mine in Kyrgyzstan).

Moreover, John Fourie’s home country – South Africa today has serious problems such as acid mine drainage caused by gold mining there. It pollutes water resources of the country threatening agriculture and health of the locals. We have already covered about acid mine drainage (using this source).

Interestingly, the same way as John Fourie persuades Gndevazers on complete safety of cyanide heap leach facility, Lydian company’s director Hayk Aloyan as well assures that Amulsar mine is not sulphidic, which is by the way the main reason of acid mine drainage. That said, verbally both Fourie and Aloyan and their team are doing their best to persuade everybody that they are right, while experts who based on research insist on the opposite (like Dr. in Geological Sciences, professor Armen Saghatelyan confirms existence of sulphides in Amulsar) are wrong.

It is not surprising that metallurgical management is thus entrusted to John Fourie, as it seems that at Lydian skills to persuade are more important than experience. According to John Fourie’s specialization profile, in Johannesburg he studied Journalism and Anthropology.

Later (or parallel to studies) he served at Royal Marines (British Armed Forces). After that he chose the path of chemical engineering. First he worked as environmental engineer, specializing in environmental impact assessments (EIA). Later, starting from 2011 he worked in the field of design and construction of chemical processing plants and unit operations.

If we take into account that John Fourie started studying and working in the field of chemical sciences since 2010-2011 (as one can see in his specialization profile), turns out that Lydian company’s management is ready to trust such a serious work to someone with around 7 years of experience, while it doesn’t care what conclusions specialists with longer experience may have and as long as these conclusions do not represent Lydian’s interests, these conclusions are therefore utterly wrong.

One wonders how John Fourie would respond to risks regarding acid mine drainage in Amulsar taking into account the presence of sulphids there. Would he insist on complete safety of the mine and no possibility of acid mine drainage similarly to mining experience in his home country?

Note that in 2003 in lake Robinson, near one of the biggest cities of South Africa – Johannesburg, uranium levels were 40.000 times above uranium levels in natural water, after a local gold mine pumped decanting acid mine drainage into the lake. Moreover, the gold mine has polluted the water, soil and air of the nearby communities with heavy metals, including with uranium.

Every day about 40-million litres of acid mine drainage coming from the mine is leaking into a nearby stream (Tweelopiespruit), which already has the name of acid stream.

The polluted water level in the Central Basin has been rising with more than 0.9 meter per day and is expected to reach the surface within 12-18 months, risking contamination of the Johannesburg groundwater (source).

In 2011 the government had to set aside an estimated 87 million US dollars to clean up acidic water.

Since 2002, 15 million litres of acid mine drainage a day has been spilling out from an abandoned mine near the town of Krugersdorp, some of it going into a stream that flows toward the Cradle of Humankind World Heritage Site. Already in 2010 acid mine drainage was detected at the Heritage site threatening its existence.

According to scientists’ estimate, the volume of acid mine drainage from abandoned mines in these goldfields could reach 350 million liters per day, this way threatening the Vaal River and Limpopo River watersheds that supply freshwater to hundreds of thousands of people. They also mention that the problem will likely persist for decades, if not centuries. And this is despite the warnings from the scientific community back in 1950s. The South African government only recently established a committee to investigate acid mine drainage, after it reached the Cradle of Humankind.

In 2010, the technical task force of the committee announced that acid mine drainage has contaminated groundwater used by humans and for agriculture, threatens major river systems of the region, and has increased seismic activity (as the subterranean hydrology adjusts to the influx of water).

The government had to budget funding to implement some preliminary remediation efforts by 2012. However, the full cleanup will cost billions, while little real progress has been seen so far. Many say the action will be too little, too late. Nearly 400 square kilometers of tailing dumps are scattered in, around and under the city of Johannesburg. The dumps contain waste rock, pyrite and thousands of tons of uranium dust.

Of course based on the above photo, where acid mine drainage is passing near the residential areas, one can believe John Fourie’s words according to which cyanide heap leach facility too can be located close to communities or in the heart of the capital city. However, the question is to what extent the communities near it will be affected, which as we guess might not be of much concern to “specialists” like John Fourie and Hayk Aloyan.

2017-04-25 13:15:20 Armenia’s Lake Gosh today looks like a large pool of muck. The Vendor company has brought in heavy construction equipment into the Dilijan National Park, widening the roa...
Artsvik Minasyan participated in several events related to nature protection in ...

2017-04-25 13:03:04 RA Ministry of Nature Protection Artsvik Minayan participated in a number of environmental events conducted in Vayoc Dzor Region within the framework of ''Community- based Model...
Newsfeed