16:46 Ameriabank wins Best Bank in Sustainable Finance award for 2022 13:24 Ameriabank awarded with TFP Prize for Deal of the Year 2021: Green Trade by EBRD 14:02 Global Finance names Ameriabank Best Bank in Armenia in 2022 14:45 Ameriabank’s ‘Live Armenian,’ ‘Live with a Smile,’ ‘Live Limitless’ promotional draws’ winners are announced 15:45 Global Finance Names Ameriabank “Best Investment Bank” in Armenia 10:44 Ameriabank receives another IFC award in trade-finance sector 11:50 Ameriabank is the first in Armenia to place green bonds via public offering 11:46 "You can create systems, but they must be based on people, be people-centered," says Lindsey Forbes, Ameriabank Board Member 17:01 Ameriabank is the largest taxpayer among Armenian banks according to results of year 2021 17:08 EBRD and donors increase funding for SMEs in Armenia
17:25 - 27/August/2016

More than anything, Jivan wants peace and prosperity for Karabakh. His latest film, The Last Inhabitant, displays a strong message, that, regardless of our ethnic background, we were once united and war cannot destroy cherished relationships. 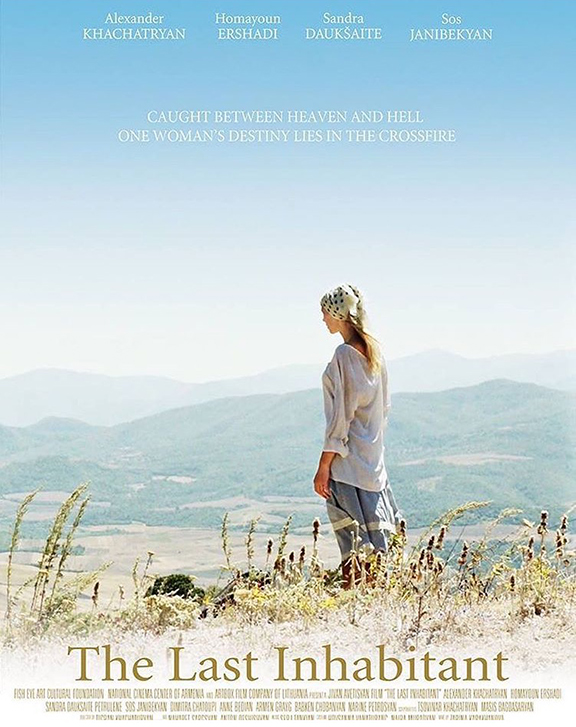 The Academy of Armenia for films is facing a crucial decision come September 3. Who will the Academy nominate as the official entry for the 89th Academy Awards to represent Armenia? The deadline for submitting an application to the Academy of Armenia was August 25, 2016. There are three films in the running including “The Last Inhabitant” by Jivan Avetisyan. This year the selection will be controversial and yet a very difficult one to make for the Academy.

Directors David Safaryan from Armenia has submitted his film 28:94 Local Time and Sarik Andreasyan from Russia has also submitted his epic drama Earthquake (Zemletryasenie) that focuses on the aftermath of 1988 earthquake. All films are highly qualified but which one should represent Armenia is the question. The most controversial of the three films are an art house film, The Last Inhabitant, from Artsakh and a blockbuster style film from Russia.

Jivan Avetisyan’s last film, TEVANIK, created quite a buzz around the globe as the film won many awards including China, Italy, Romania, Poland, Russia, and US. The film has also been nominated at the Glendale International Film Festival and the International Filmmaker Festival of World Cinema Berlin. Both film festivals will take place October 2016.

Film is considered to be an important art form, a source of popular entertainment, and a powerful medium of educating the mass. JivanAvetisyan is a film maker from the town of Karabakh in Armenia. Throughout his childhood, Jivan listened to stories of hardships endured by his family and villagers. He always dreamed of making a film about his birthplace one day. As he grew up, Jivan realized his passion for film making, and more importantly, his desire to bring world attention to his hometown of Karabakh. For the last ten years, Jivan carried out his dreams by creating numerous documentaries and short films in order to showcase Karabakh and put Karabakh on the map in the world of cinema.

Ever since the attacks in Karabakh the first week of April, Armenians around the globe united, posting photos and videos on social media to expose these atrocities. It brought major attention to Jivan’s works as we have also witnessed an outcry for peace.

More than anything, Jivan wants peace and prosperity for Karabakh. His latest film, The Last Inhabitant, displays a strong message, that, regardless of our ethnic background, we were once united and war cannot destroy cherished relationships.

To see such an amazing product emerge from Armenia and Armenia’s youth illustrates that Jivan and his team are a very capable and talented young generation that gives the Diaspora Armenians confidence in his message. He also represents a bright future for the world of Armenian Cinema.

We certainly wish all filmmakers best in their future endeavors. We are all very excited that Armenia is able to present a film to the Academy Awards here in the United States this year.

A film from Karabakh certainly will be best suited as an official entry to the Academy Awards during these challenging times. Jivan Avetisyan began his quest in educating the mass with his film TEVANIK. Now he is on the brink of being discovered by the Academy Awards that “recognize excellence in cinematic achievements in the United States.”

2017-07-05 13:55:34 On July 4 the enemy continued to breach the ceasefire at the line of contact between the Artsakh-Azerbaijani forces firing mortars of different calibers and at 8:20 pm it used T...
Armenian dad of 5-year-old missing boy smiles and jokes in court

2017-06-28 15:30:23 The father of a 5-year-old Pasadena boy missing since April behaved strangely during the first hearing in court. Aramazd Andressian Sr. joked and even laughed, talking with the...
Sargsyan: New projects, ideas will be born in Armenian-Japanese cooperation

2017-04-25 17:32:15 American flutist of Armenian origin Sato Moughalian is in Armenia to participate in the concert of All-Armenian Symphony Orchestra. “My family was from Anatolia, and they...
Tigran Honents Church of Ani