16:46 Ameriabank wins Best Bank in Sustainable Finance award for 2022 13:24 Ameriabank awarded with TFP Prize for Deal of the Year 2021: Green Trade by EBRD 14:02 Global Finance names Ameriabank Best Bank in Armenia in 2022 14:45 Ameriabank’s ‘Live Armenian,’ ‘Live with a Smile,’ ‘Live Limitless’ promotional draws’ winners are announced 15:45 Global Finance Names Ameriabank “Best Investment Bank” in Armenia 10:44 Ameriabank receives another IFC award in trade-finance sector 11:50 Ameriabank is the first in Armenia to place green bonds via public offering 11:46 "You can create systems, but they must be based on people, be people-centered," says Lindsey Forbes, Ameriabank Board Member 17:01 Ameriabank is the largest taxpayer among Armenian banks according to results of year 2021 17:08 EBRD and donors increase funding for SMEs in Armenia
14:57 - 30/January/2016

If your mom drives you crazy sometimes, there's an upside. 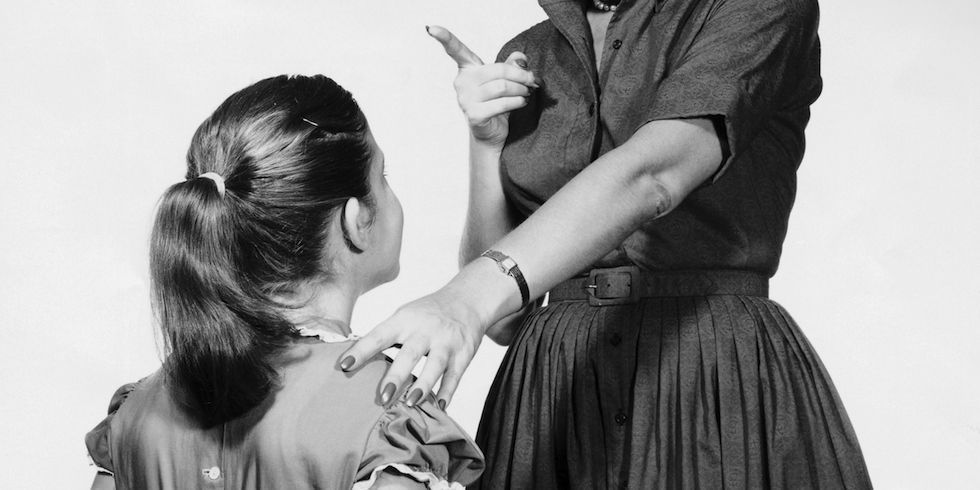 Getting harassed by your mom about finishing up your homework may not thrill you at the time, but apparently, you'll thank her later in life. According to a study conducted by the University of Essex in England, you will probably be more successful than your friends with less pushy moms.

From 2004 to 2010, researchers followed the lives of 15,500 girls between the ages 13 and 14, and they found that the girls with moms who set high standards for them growing up were more likely to go on to college and earn higher wages.

Another bonus of having a mom who's always on your case: These same girls were also less likely to become pregnant as teens, too. So maybe a little nagging isn't so bad after all? At least, that's what your mom will tell you when you don't want to do your homework. Sigh.

2017-04-25 13:15:20 Armenia’s Lake Gosh today looks like a large pool of muck. The Vendor company has brought in heavy construction equipment into the Dilijan National Park, widening the roa...
5 lucky winners of Coca-Cola EURO 2016 promo are off to France to watch Germany ...

2016-02-04 15:07:20 How to win at life? Step 1: Let people do what they need to do to make them happy4 mind your own business and do what you need to do to make you happy. The end.
Armenia citizens to be able to visit China’s Macau without visa

2016-02-04 11:04:54 With the permissions of the central Government, China’s Macau Special Administrative Region has signed an agreement with Armenia on mutual visa exemption. The Secretary f...
Newsfeed