16:46 Ameriabank wins Best Bank in Sustainable Finance award for 2022 13:24 Ameriabank awarded with TFP Prize for Deal of the Year 2021: Green Trade by EBRD 14:02 Global Finance names Ameriabank Best Bank in Armenia in 2022 14:45 Ameriabank’s ‘Live Armenian,’ ‘Live with a Smile,’ ‘Live Limitless’ promotional draws’ winners are announced 15:45 Global Finance Names Ameriabank “Best Investment Bank” in Armenia 10:44 Ameriabank receives another IFC award in trade-finance sector 11:50 Ameriabank is the first in Armenia to place green bonds via public offering 11:46 "You can create systems, but they must be based on people, be people-centered," says Lindsey Forbes, Ameriabank Board Member 17:01 Ameriabank is the largest taxpayer among Armenian banks according to results of year 2021 17:08 EBRD and donors increase funding for SMEs in Armenia
12:12 - 6/February/2016 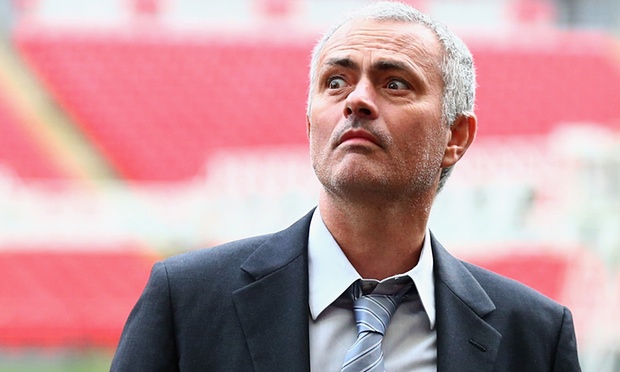 Manchester United have refused to comment on reports that the club have held talks with representatives of José Mourinho, with the former Chelsea manager said to be increasingly hopeful of succeeding Louis van Gaal at Old Trafford at the end of the season.

The devil and José Mourinho

Mourinho, who was sacked by Chelsea in December, has been tipped as a potential replacement for the Dutchman after a difficult season for the 20-time champions. On Friday, the BBC claimed that negotiations with 53-year-old’s representatives have begun, although the report stated that “no agreement has been reached, and the club have made no comment”.

“Dutchman Van Gaal, 64, is expected to leave United at the end of the season - one year earlier than scheduled,” it added. “That would leave the way clear for Mourinho, who is known to be excited by the prospect of taking over at Old Trafford.

“The United hierarchy are thought to be keen to respond after Manchester City secured the services of coveted former Barcelona coach Pep Guardiola earlier this week.”

The report also states that Ryan Giggs, who took over as manager on an interim basis in April 2014 following the sacking of David Moyes and has been working as assistant to Van Gaal, would be unlikely to be as willing to work with the former Chelsea manager. If appointed, Mourinho would resume his often fractious rivalry with Guardiola, who Manchester City this week confirmed will succeed Manuel Pellegrini at the Etihad Stadium in the summer. The former Barcelona coach frequently clashed with the Portuguese when he was in charge of Real Madrid.

2016-02-06 12:41:30 There is no such thing as getting a reward without some risk. Actually, the greater the risk, the greater the reward. Primarily, whatever you do in life requires money. If you'd...
Fire at hotel in Iraqi city of Erbil

2016-02-06 11:53:29 Millions of people have decided not to be sensitive. They have grown thick skins around themselves just to avoid being hurt by anybody. But it is at great cost. Nobody can hurt ...
Moscow photo enthusiasts get to know about beauties of Georgia

2016-02-06 11:41:53 A personal exhibition dedicated to Georgia by the photographer and member of the Russian Photographers Union, Margarita Fedina, started today at Moscow's Turgenev Library. Marg...
Newsfeed