Sato Moughalian believes Armenians have to speak much about the Armenian Genocide. She is saddened by the fact that each U.S. president promises to recognize the Armenian Genocide, but gives up the promise as soon as he enters the office primarly because Turkey is strategically important for Washington. 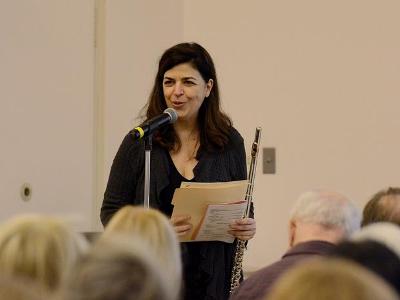 American flutist of Armenian origin Sato Moughalian is in Armenia to participate in the concert of All-Armenian Symphony Orchestra.

“My family was from Anatolia, and they were all departed mostly in 1915 and also in 1916. My grandfather Davit Ohannisyan was the master of a very old ceramic tradition in Kütahya. He and my grandmother were deported to Deir ez-Zor in February 206, but miraculously they survived and transplanted their art in Jerusalem. I am writing their story now,” she told Armenian News-NEWS.am.

Sato Moughalian believes Armenians have to speak much about the Armenian Genocide. She is saddened by the fact that each U.S. president promises to recognize the Armenian Genocide, but gives up the promise as soon as he enters the office primarly because Turkey is strategically important for Washington.

“I hope that the day will come soon when American government would be able to publicly speak about genocide of 1.5 of Armenians,” Sato Moughalian added.

All-Armenian Symphony Orchestra was founded in late 2016 and united Armenian musicians worldwide. The first concert of the orchestra will be held in Yerevan on April 24.

2017-04-25 17:38:07 Public TV Company of Armenia has conducted Armenian dubbing of “The Promise”, a film telling about the Armenian Genocide. According to the press statement of the TV ...
68 musicians from 20 countries perform works of classical and modern Armenian co... 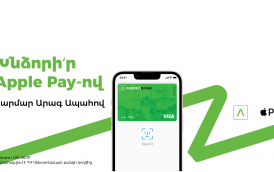