17:16 In the US state of California, the closure of day care for adults has worried adults and their guardians. They consider it a threat to the health of adults 17:13 The decision of the US Governor of California has caused a number of concerns among adults 21:21 Moody's Reaffirms Ameriabank Ba3 Rating with Stable Outlook 16:22 Ameriabank Supports Business With New Flexible Long-Term Finance Solutions 18:31 Ameriabank as a Promoter of Armenian Culture: Launch of “An Armenian Odyssey: The Color of Pomegranates” Festival 14:15 Ameriabank Receives Two IFC Awards for Achievements in Trade-Finance Sector 15:49 OFID and Ameriabank strengthen trade and development in Armenia 15:22 Armenian PM acquires “the most powerful wallet” 15:54 Relatives of driver convicted in Russia to visit him on Saturday 16:48 Karabakh acting president Bako Sahakyan reelected
11:51 - 20/January/2016 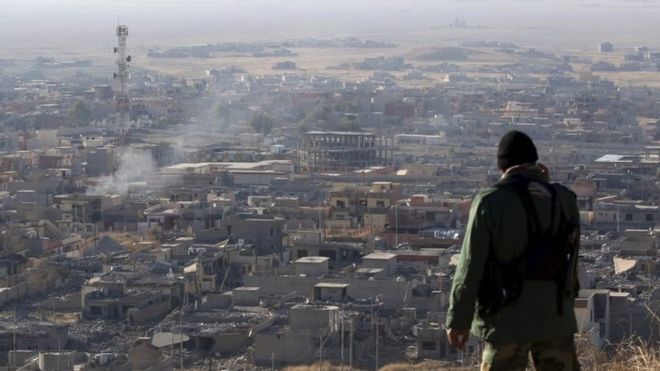 They did so in revenge for their perceived support for so-called Islamic State (IS), it says in a report.

Amnesty says Kurdistan Regional Government forces might have committed war crimes in areas recaptured from IS.

Kurdish authorities have not yet responded to the allegations.

Amnesty says the report, Banished and dispossessed: Forced displacement and deliberate destruction in northern Iraq, is based on a field investigation in 13 villages and towns and put together from testimony gathered from more than 100 eyewitnesses and victims of forced displacement.