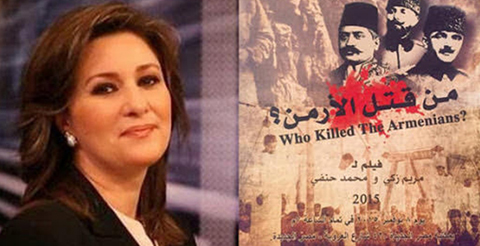 “Who Killed the Armenians?”- the first Arabic film devoted to the Armenian Genocide, will be presented in the feature/documentary film category at the Socially Relevant Film Festival to be held in New York, member of the Armenian National Committee of Egypt Armen Mazlumyan told Hayern Aysor.

The film was produced by director Muhammad Hanafi and journalist and host Myriam Zaki. The film presents the Armenian Genocide perpetrated by the Turks 100 years ago, also as several archival photos and materials, most of which are released for the first time and affirm the Armenian Genocide of 1915.

The survivors’ eyewitness accounts affirm that the Genocide was previously planned. The shootings took place in Armenia, Egypt and Lebanon.

The first screening of the film took place on November 8 in Cairo.