18:00 Generation A 13 – your chance to be the change 15:37 TRANSFORMATION AND TRUST ARE IMPORTANT FOR SUCCESS IN MODERN BANKING. ARTAK HANESYAN 18:02 Ameriabank. The Largest Taxpayer among Armenian Banks according to the Results of the Second Quarter of 2021 9:01 Ameriabank Receives Euromoney Award for Excellence 2021 as the Best Bank in Armenia 10:18 Moody's revised the Outlook on Ameriabank to Stable 17:02 Ameriabank’s Mashtots Branch Opened its Doors and Has a Special Offer on Privileged Terms for New Clients 9:37 S&P Revised the Outlook on Ameriabank to Stable 15:54 ''I believe that OeEB and Ameriabank have a great strategic fit’’. 13:13 Interview with Francis Malige, Managing director, Financial Institutions for the EBRD. 12:00 Ameriabank Announces a Contest for Bank Card Design
13:30 - 22/January/2016

Fishing boats frozen by sea ice at the sea area in Qinhuangdao, a port city in north China's Hebei Province 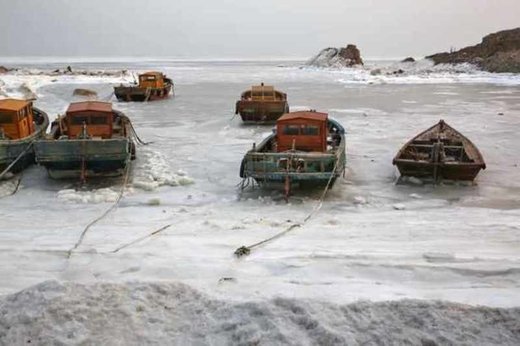 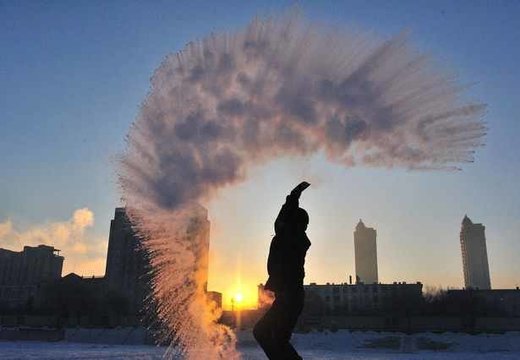 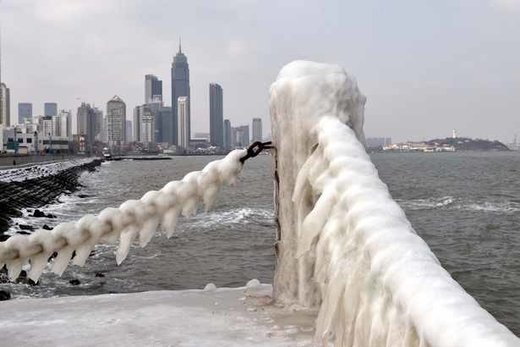 An extreme 'cold wave' has hit most of north and east China, with low temperatures and frost expected to last for around a week

These amazing pictures show the astonishing effects of an extreme 'cold wave' that has hit 90 percent of China.

Parts of China suffered a bitterly cold chill this week as temperatures dropped to the lowest they've been in 30 years.

These pictures show residents in Harbin, the northernmost provincial capital in China, as they battled the elements in -30C.

One image shows a huge clump of ice frozen in mid air above a man's head as he threw water over himself.

Another man's eyebrows collected freezing icicles on them which had twisted into clumps 'growing' from his brow.

And a woman smiled through the cold as ice collected on her wooly hat and the ends of her hair while she wore a face mask in the bitter chill.

Fishing boats in Qinhuangdao, a port city in north China's Hebei Province, were stuck in frozen waters after temperatures dropped to below freezing.

Other pictures show huge blocks of ice washed up on the shore as the port was rendered useless by the weather.

Huge icicles collected at a port in Yantai City, in Shandong Province, and stairs in the city were completely covered in snow and ice.

The National Meteorological Centre predicted that 90 percent of the country will experience a drop of around 10 degrees over the next four days.

Many schools across the country have suspended lessons while emergency crews are on standby.

And supermarkets in the Hzanghou were ransacked earlier in the week with shoppers stocking up on food and essentials.

Ameriabank is supervised by the Central Bank of Armenia.

The interview of Kakhaber Kiknavelidze, an independent member of Ameriabank Board of Directors, about the Bank's activities, prospects for development and new opportunities.