The mistaken 13-year imprisonment of Yemeni National Mustafa al-Shamiri at the Guantanamo Bay detention center exposes the fairy tale that the remainder of detainees represent some of the world's most dangerous terrorist suspects, a US human rights group said on Friday. 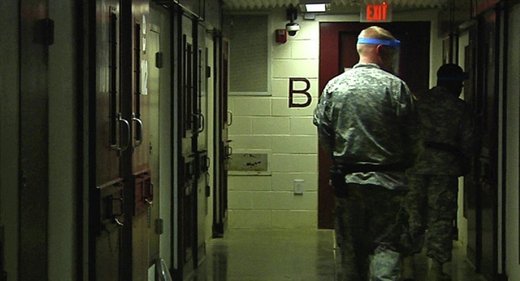 The mistaken 13-year imprisonment of Yemeni National Mustafa al-Shamiri at the Guantanamo Bay detention center exposes the fairy tale that the remainder of detainees represent some of the world's most dangerous terrorist suspects, a US human rights group said on Friday.

On Thursday, a US prison parole board said Shamiri could be transferred to an Arabic-speaking country, but not back to Yemen.

"Shamiri isn't the first case of mistaken identity," the release stated. "This goes directly against the myth that all remaining Gitmo detainees are 'the worst of the worst.'"

The advocacy group added that the US government initially claimed Shamiri was a member of al-Qaeda who was also involved in military operations against the United States and coalition forces in Afghanistan in 2001.

On December 1, 2015, the release noted, US government officials admitted they wrongly believed Shamiri played such a role because "he was confused with other extremists."

Since the beginning of 2016, the US Department of Defense has transferred 14 Guantanamo Bay detainees to foreign countries, including Saudi Arabia, Kuwait, Ghana and, most recently, Oman.