Fly from New York to London in 11 Minutes (photo) 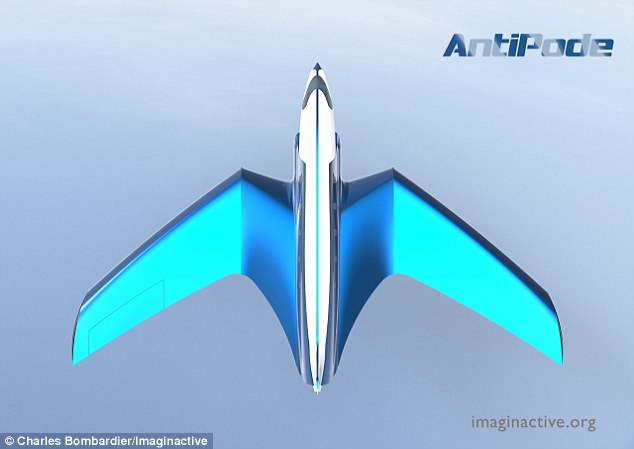 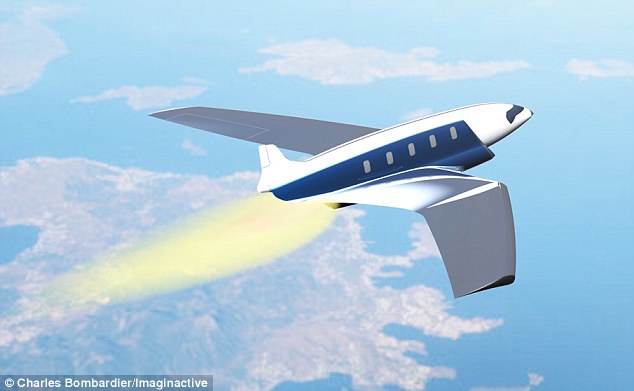 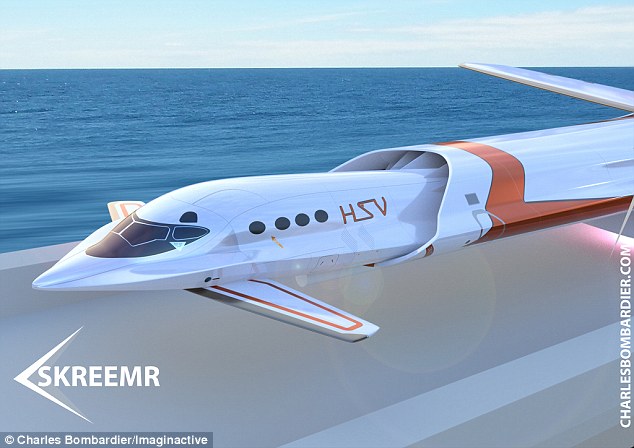 The engineer behind the Skreemr jet has unveiled another radical, much faster design for future air travel.

Charles Bombadier latest concept jet is capable of reaching Mach 24 - more than twice the speed of the Skreemr and 12 times faster than Concorde.

'I wanted to create an aircraft concept capable of reaching its antipode—or diametrical opposite—as fast as possible,' Bombardier told Forbes

The Canadian engineer from ImaginActiv captivated the world's imagination in October when he unveiled his Skreemr concept plane.

He envisaged the craft could be launched using a magnetic railgun system to catapult it into the sky at high speed reaching speeds of Mach 10.

Using such a launch system, the jet would be positioned on a pair of conductive parallel rails and accelerated along them using a powerful electromagnetic field.

The designer said scramjet engines could then be used to propel it to speeds of over 10 times the speed of sound, which is around 7,673mph (12,349km/h).

'One foreseeable problem was the sonic boom noise it would generate over land and the massive amount of heat that would build up on its nose and wings,' he told DailyMail.com

As a result, the Montreal-based innovator to draft an entirely new hypersonic concept—'the Antipode.'

Unlike the Skreemr, the Antipod would be able to take off directly from any airfield by using reusable rocket boosters.

These rockets would attach to the wings of the Antipod and provide enough thrust to lift off, climb to 40,000 feet, and reach Mach 5.

The acceleration boosters would then separate from the Antipod and fly back to the airbase like Blue Origin's boosters.

At Mach 5, the aircraft's onboard computer would ignite its supersonic combustion ramjet engine and accelerate up to Mach 24 at 40,000 feet.

The Antipod would channel some of the air, flowing at supersonic speed, through a nozzle located on the nose of the aircraft.

This counterflowing jet of air would induce a phenomenon called 'LPM' or long penetration mode.

Using LPM would lead to a drop in surface temperature due to aeroheating and a reduction of the shockwave and noise related to breaking the sound barrier.

The plane's wings would have enough lift to glide and land on a 6,000 foot runway.

Emergency compact rocket boosters similar to the EZ-Rocket from X-COR aerospace could be ignited in case the aircraft needed to make a second landing attempt and could also be used to slow down the aircraft.

'The Antipod could be used as business or military aircraft to transport two highly ranked officials across the globe (up to 20,000 km) in less than an hour,' Bombardier told DailyMail.com.