The last eruption of great magnitude at Misti was 2,000 years ago, informs Peru's volcano authority. 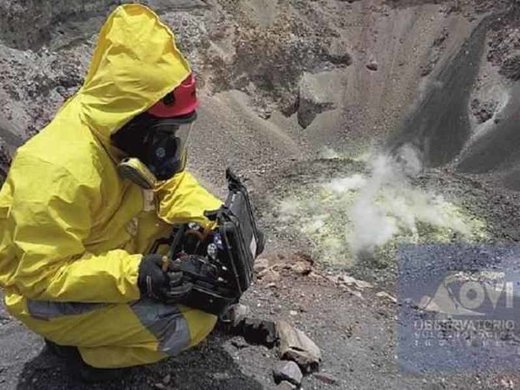 The last eruption of great magnitude at Misti was 2,000 years ago, informs Peru's volcano authority.

The iconic symbol of Arequipa, the Misti volcano, that gazes over the southern Peruvian city has long been considered 'asleep.'

However, studies by the Southern Volcano Observatory (OVS, Spanish acronym), reveal that it is awake and emitting gases, informs Publimetro.

It is currently considered the greatest risk in the South American country, as thousands of habitants reside near its crater.

"The gases that Misti emits are magmatic. This confirms that the volcano is active and is not sleeping, as many people think," VS engineer, Luisa Macedo, told AFP over the phone from Arequipa, according to Publimetro.

The volcano is located only 17 kilometers from the city.

The engineer informed that four weeks ago a group of researchers from OVS took images of the Misti crater. With their investigation were able to identify magmatic activity.

"The gases reach 500 meters and contain sulfuric acid, carbon and calcium," said Macedo. He informed that the distance prevents the nearby communities being affected by the emissions.

Another OVS specialist, Domingo Ramos, explained that although the volcano is active, it does not necessarily mean there is danger of a hazardous eruption.