The main Syrian opposition group will join peace talks that have opened in Geneva.

What is being discussed? A possible ceasefire; release of prisoners; aid deliveries to the worst-hit areas; the threat from IS. 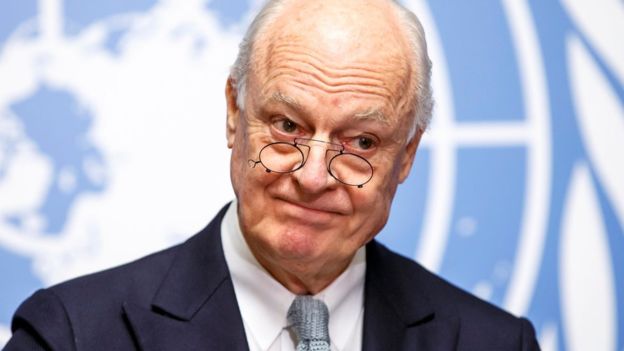 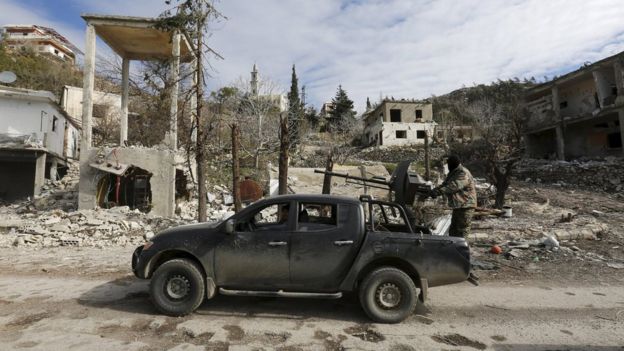 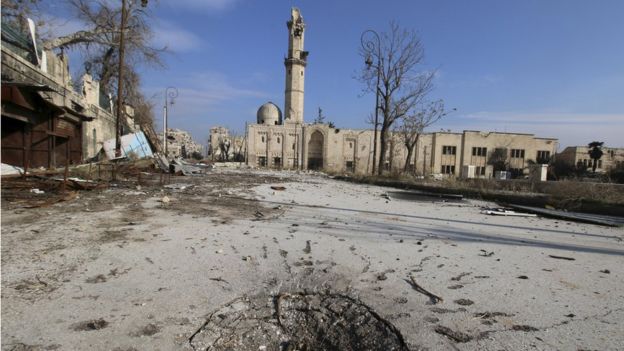 Who is attending? Delegates from the Syrian government and the main opposition bloc, the High Negotiations Committee (HNC). Other opposition figures have been invited as advisers.
Who is not attending? Syrian Kurdish group the PYD (regarded by Turkey as a terror group); so-called Islamic State (IS); al-Nusra Front.

What is being discussed? A possible ceasefire; release of prisoners; aid deliveries to the worst-hit areas; the threat from IS.

Earlier, Fuad Aliko, a source close to the group, said the delegation would not be acting "as negotiators".

Farrah el-Atassi, another activist close to the HNC, told Reuters the team would talk to Mr de Mistura but also said it would not negotiate directly with the Syrian government.

She told the BBC the opposition would focus on humanitarian relief and the release of political prisoners.

Separately, US Secretary of State John Kerry on Friday had a phone conversation with the HNC, urging the group to attend the talks.

State Department spokesman John Kirby later told reporters that Washington believed it was "important for these talks to continue without preconditions".

Mr de Mistura said he had a "good reason to believe" that the HNC would join the talks on Sunday.

In a video message to the Syrian people on Thursday, Mr de Mistura warned the talks "cannot fail".

"He will continue meetings with other participants in the talks and with representatives of the civil society subsequently," his office said.

The Syrian government delegation is led by the country's ambassador to the UN, Bashar al-Jaafari.

Earlier, the HNC said it was seeking an end to the bombing of civilians and assurances that aid would reach civilians in besieged towns, before attending in Geneva.
Later reports spoke of it "receiving assurances".

The immediate priorities of the talks are a broad ceasefire, humanitarian aid deliveries and halting the threat posed by so-called Islamic State.

But the ultimate aim is a peace settlement that includes a transitional period ending with elections, in line with a UN Security Council resolution approved last month.

The last talks aimed at ending the conflict broke down in February 2014 after only two rounds, with the UN blaming the government for refusing to discuss an opposition demand for Mr Assad to step down.

Despite little sign of a change in that stance, the rise of the IS group prompted the US and Russia to step up their efforts to get the warring parties back to the negotiating table.

In a separate development, the Dutch government announced it was planning to extend air strikes against IS militants to Syria.

Defence Minister Jeanine Hennis-Plasschaer said attacking the IS group in Syria would lead to "more progress".

The Dutch are already bombing IS targets in neighbouring Iraq.