﻿Joseph Benedict “Joe” Hockey on Thursday presented his credentials to President Barack Obama as the new Australian Ambassador to the United States. 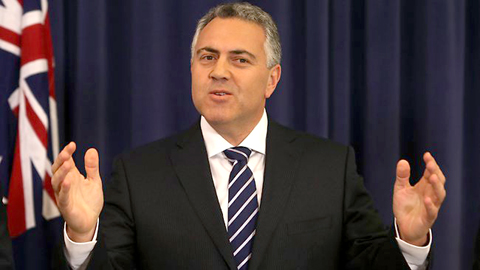 Joseph Benedict “Joe” Hockey on Thursday presented his credentials to President Barack Obama as the new Australian Ambassador to the United States.

The newly appointed ambassador is of Armenian descent, as his father is a Palestine Armenian.

His father’s original surname, Hokeidonian, was anglicized to “Hockey” in 1948 after arriving in Australia. Joseph Hokeidunian was an Catholic Armenian trader and landowner based in Syria. In 1914 he moved to Jerusalem and took a job with the British government.

He was the Treasurer of Australia in the Tony Abbott Government.

He previously served as the Minister for Human Services and Minister for Employment and Workplace Relations in the John Howard Government.

Joseph Benedict "Joe" Hockey (born 2 August 1965) has been a Member of The Australian Parliament since 1996. He has been the Treasurer of Australia in the Abbott Government since 18 September 2013 and previously served as the Minister for Human Services and Minister for Employment and Workplace Relations in the Howard Government. Following the 2013 election, Hockey was named Treasurer of Australia.