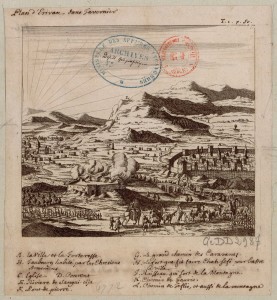 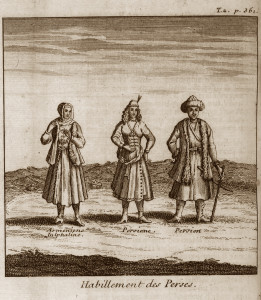 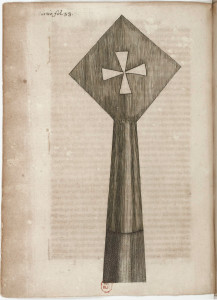 Jean-Baptiste Tavernier (1605 – 1689) was a 17th-century Flemish-French gem merchant and traveler who became famous for his accounts of six voyages to the east.

Passionate about travelling, Tavernier started out on his first journey to the Ottoman Empire and Persia in 1631. He stayed in Constantinople for eleven months, waiting for a caravan that would take him to Persia. On the trip eastwards he visited Tokat, Erzurum and Yerevan, finally reaching Isfahan. He returned by way of Baghdad, Aleppo, Alexandretta and Malta, and through Italy reached Paris in 1633.

In spite of confusion in the sequence of events and itineraries, this work was a precious manual for all merchant-travellers active in the East and in Asia, as it contains a wealth of information on coinages, weights and measures, the value and price of products, customs and commercial regulations, etc. Tavernier was highly respected in his country and received many honours from King Louis XIV.

In his forty years of travels, he had covered some two hundred and forty thousand kilometres. Until the end he remained, as Voltaire reproached him, “more of a merchant than a philosopher”. Montesquieu drew extensively from Tavernier’s work for his “Lettres persanes”.

Bellow are a few of his illustrations from Armenia.

Map of Yerevan from Six Voyages of Jean-Baptiste Tavernier, 1676

On the left-Armenian lady from Julfa (Persia) Six Voyages of Jean-Baptiste Tavernier, 1676

Sketch of a the Holy Lance from the monastery of Geghard (Armenia) Six Voyages of Jean-Baptiste Tavernier, 1676