Armenia is ready to continue developing ties with EU

Armenia has repeatedly said and remains of the same opinion: we are ready to develop ties with the EU in all possible directions. 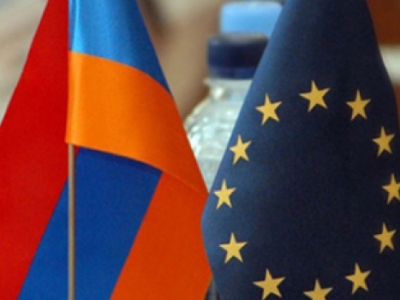 Armenia has repeatedly said and remains of the same opinion: we are ready to develop ties with the EU in all possible directions.

“Of course, considering our obligations towards other integration institutions,” the FM added.

Responding to the question on whether the EEU membership doesn’t hinder developing relations with other countries, the FM said that this opinion doesn’t reflect the reality. “To pessimists I’ll say that 2015 was a vivid year in terms of development of ties with non-EEU member states,” the Minister said. In this context, he mentioned the examples of developing relations with China, U.S. and Iran.

2017-04-25 10:56:50 Vice President of India Hamid Ansari has arrived in Armenia on official visit. He has been welcomed by Armenia’s Foreign Minister Edward Nalbandian at Zvartnots Internatio...
We will very actively run in Armenia local elections

2016-02-05 12:25:44 he law enforcement bodies detained more than ten people allegedly involved in terrorist activity during an anti-terrorist operation in Istanbul, local media report. There are f...
the fourth richest person in the world