We will very actively run in Armenia local elections

The Armenian National Congress (ANC) will take a very active part this year in the local government elections. 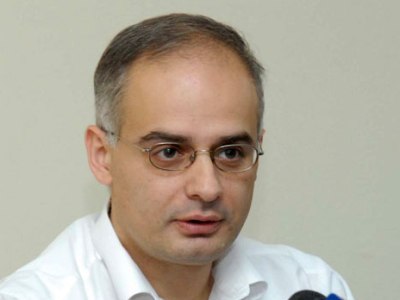 The Armenian National Congress (ANC) will take a very active part this year in the local government elections.

“We have no such obsession of nominating our candidate everywhere,” Zurabyan added. “But we are ready to actively working with the people.”

In the current year, local government elections are slated in about two dozen communities in Armenia. It is believed that there will be a fierce respective campaign, since this voting precedes the 2017 parliamentary elections in the country.

2017-04-25 10:56:50 Vice President of India Hamid Ansari has arrived in Armenia on official visit. He has been welcomed by Armenia’s Foreign Minister Edward Nalbandian at Zvartnots Internatio...
EU Urges Democratic Elections In Armenia

2016-02-05 12:25:44 he law enforcement bodies detained more than ten people allegedly involved in terrorist activity during an anti-terrorist operation in Istanbul, local media report. There are f...
Armenia is ready to continue developing ties with EU

2016-02-04 10:39:38 Armenia has repeatedly said and remains of the same opinion: we are ready to develop ties with the EU in all possible directions. Armenian FM Edward Nalbandian stated the afore...
the fourth richest person in the world

Ameriabank is supervised by the Central Bank of Armenia.
World