“The Promise” shows love, life, a fate along with a human cruelty and hatred toward a nation - Samvel Topalyan

The international premiere of the film has recently been held in Los Angeles attended by some Diaspora and Hollywood celebrities. The Armenian premier of “The Promise” is scheduled on April 27th. 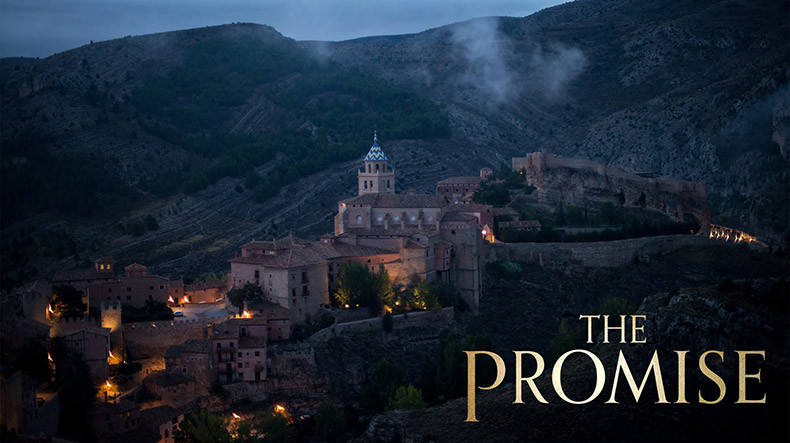 Public TV Company of Armenia has conducted Armenian dubbing of “The Promise”, a film telling about the Armenian Genocide. According to the press statement of the TV company, the dubbing enables watching the film by voices of popular Armenian actors, Khoren Levonyan, Babken Chobanyan, Armen Margaryan, Samvel Topalyan, Zaruhi Hovhannisyan, Siranush Lazyan, Karine Janjughazyan and others among them.

According to the source, the role of Michael Bogosian was dubbed by actor Samvel Topalyan who described the film as full of love, life, fate along with a human cruelty and hatred toward a nation.

To remind, the drama starring Oscar Isaac, Charlotte Le Bon and Christian Bale is about a love story set against the horrific Genocide of the Armenian people at the hands of the Ottoman Turks in 1915 - at the outset of World War I.

The international premiere of the film has recently been held in Los Angeles attended by some Diaspora and Hollywood celebrities. The Armenian premier of “The Promise” is scheduled on April 27th.

2017-04-25 21:46:19 It is 1914. As the Great War looms, the vast Ottoman Empire is crumbling. Constantinople (Istanbul), its once vibrant, multicultural capital is about to be consumed by chaos. M...
Witnesses of Genocide in the optics of Vahan Stepanian (Photo)

2017-04-25 17:45:22 The closed screening—and with Armenian voiceover—of The Promise, a movie about Armenian Genocide, was held in Armenia’s capital city of Yerevan on Sunday, the ...
Flutist Sato Moughalian: My grandparents miraculously survived in Deir ez-Zor

2017-04-25 16:59:02 68 musicians of Armenian descent, who live and work in 20 countries of the world, united in the Pan-Armenian Orchestra and on Monday—the the Armenian Genocide remembrance ...
Alexis Ohanian, his grandfather attend LA premiere of The Promise

2017-04-25 16:44:56 The Los Angeles premiere of The Promise, a movie about Armenian Genocide, was held Wednesday. The event brought together the actors that played major roles in this film, as wel...
Kim Kardashian on Armenian Genocide

2017-04-25 10:49:11 Armenian Genocide commemoration event was held at the Armenian Heritage Park on Sunday. The event featured numerous guests, including the Primate of the Armenian Diocese (Easte...
Newsfeed