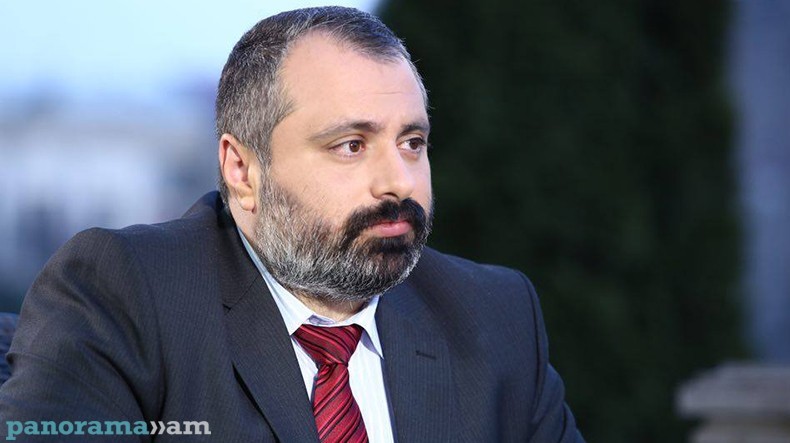 The spokesperson for the President of Artsakh Davit Babayan does not rule out that the Azerbaijani side has killed civilian people to use this against Armenians. He told this to armtimes.com, commenting on the violations of the ceasefire at the border between Artsakh and Azerbaijan and the punitive actions of the Armenian side. Babayan says the Azerbaijani armed forces are using their civilian population as a shield. “This is inhuman, terrible crime. They know that the Armenian side never targets peaceful population, even if the ceasefire is breached from that side, if there is danger that peaceful people may die, we do not fire. The emplacements that have been destroyed, there is no civilian population there.

Moreover, we know that Azerbaijan has “rich experience”, terribly bad experience of killing its people cruelly and blaming the Armenians. It particularly happened in Khojallu. We know that they committed a genocide and tried to blame it on us. Something similar to the April war took place. When the Artsakh forces counterattacked, a lot of people had abandoned those territories, about 300,000 people left in panic, and their abandoned homes were immediately looted by the Azerbaijani army, Turkish mercenaries and ISIS militants. There were cases of rape, murder, the same is repeating. We have published that people had left their homes, it is possible that they immediately went there for looting, and if people were there not to let their property go, they may kill them, whether children, women, it is even better for them to show that the Armenians have done that.”

2017-07-14 17:50:04 The President of Armenia, Serzh Sargsyan, on Friday reflected on trade and economic relations between Armenia and the US. The Ambassador of Armenia to the US, Grigor Hovhanniss...
French President Learned About Current Status of Conflict Over Karabakh

2017-06-14 17:12:39 The French president Emmanuel Macron has learned about the situation of the conflict over Nagorno-Karabakh, the French co-chair of the Minsk Group Stefan Visconti stated at the ...
Closed screening of Armenian Genocide movie, The Promise, is held in Yerevan (Vi...

2017-04-25 17:45:22 The closed screening—and with Armenian voiceover—of The Promise, a movie about Armenian Genocide, was held in Armenia’s capital city of Yerevan on Sunday, the ...
Eco-village network is set up in NKR

2017-04-25 12:50:38 By the initiative of eco activists of Nagorno Karabakh Republic and the Republic of Armenia a network of eco-village is established which is called "Eco-khndzoristan", which inc...
Emmer wheat grown in Artsakh exported to Europe

2017-04-25 11:59:34 Emmer wheat grown in Artsakh is exported to Italy, Holland, Israel, and Russia, while people in the United States and Switzerland are also interested in this crop, Harutyun Mnat...
Artsakh president vows to keep school-building processes in spotlight

2017-04-25 10:56:50 Vice President of India Hamid Ansari has arrived in Armenia on official visit. He has been welcomed by Armenia’s Foreign Minister Edward Nalbandian at Zvartnots Internatio...
Newsfeed