“The Karabakh army vaneguard units retaliated to suppress the adversary’s offensive activity and continuing to confidently carry out their combat task,” the Karabakh army said in a statement. 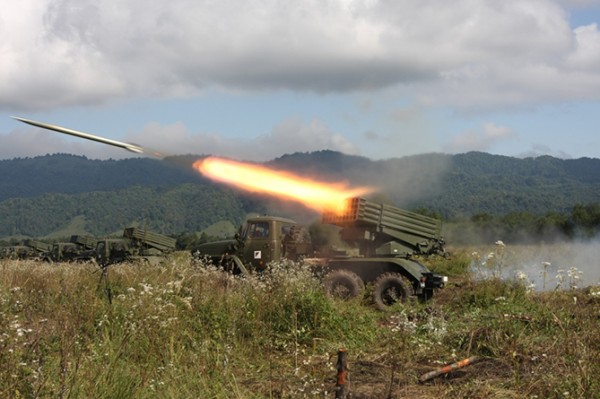 Azerbaijani side violated ceasefire regime around 300 times from different caliber weapons along the line of contact from June11 to 17.

At the different sections of the line of contact adversary used 60mm and 82 mm mortars and anti-tank grenade launchers.

“The Karabakh army vaneguard units retaliated to suppress the adversary’s offensive activity and continuing to confidently carry out their combat task,” the Karabakh army said in a statement.

On Saturday morning Karabakh army said Azerbaijan resorted to a new provocation as a result of which 20-year-old soldier was killed in the morning.

2017-07-19 16:48:18 The acting president of Karabakh, Bako Sahakyan is reelected. The presidential vote took place on Wednesday during the National Assembly special session. As it was reported ear...
Karabakh MOD: Defense army is ready to take offensive actions

2017-07-05 13:48:26 The Ministry of Defense of Artsakh Republic has dismissed the Azerbaijani press reports on 3 injured soldiers of the Defense Army in the result of a blast in the military unit. ...
Armenian FM: There is a common understanding on the need to organize meeting

2017-04-25 11:02:31 Foreign Minister of Armenia Edward Nalbandian on Monday referred to the possibility of a meeting with his Russian and Azerbaijani counterparts on April 27. “There is a co...
The Talyshers, fighting in the Azerbaijani army, emphasize that the fight for A...

2016-04-13 13:57:19 The 4-day war in the Artsakh-Azerbaijani border, which was unleashed by Baku, gave the answers of many questions in there. This war and its subsequent responses revealed not onl...
Terrorist azeries attack a village (video)

2016-04-10 16:40:38 Terrorist azeries attack a village
No teasing. Thousands of Armenians have organized protest near the Azerbaijan co...

2016-04-09 16:59:46 The activists have approached the consulate building, where they sang the hymn of RA together and have shown their support to Artsakh. On April 8, thousands of Armenians had a ...
A fresh caricature by Azerbaijani artist Gyundyuz Akhayev

2016-04-09 16:56:12 The picture showed clothes of Azerbaijani soldiers, who bleed to conceal the secret actions of the Azerbaijan ruling family. Both in international media and in Azerbaijan press...
At Russian-Armenian (Slavonic) University there is a Student Support Center for ...

2016-04-09 14:15:07 At Russian-Armenian (Slavonic) University there is a Student Support Center for Artsakh, SSCA. The center cooperates with the representatives of Departments. All volunteers can ...
Newsfeed