Azerbaijan violates ceasefire over 300 times over a week 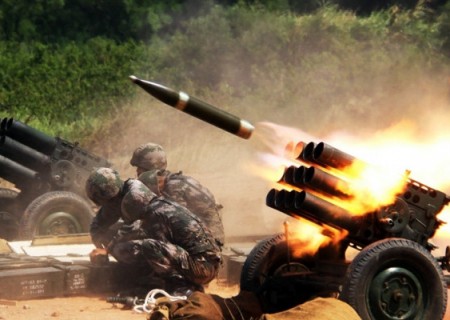 Increase in tension was registered at the line of contact between Karabakh and Azerbaijan armed forces from July 2 to 8, Karabakh Defense Army said in a statement.

Overall, Azerbaijani side violated ceasefire over 300 times using 60, 82 and 120 mm mortars as well as D44 guns along the line of contact.

By deploying howitzers in the vicinity of the village of Alkhanlu, Azerbaijani armed forces intended as usual to hide behind the civilian population as a human shield, thereby grossly violating the norms of international law.

Taking advantage of its right for full-fledged defense, the advanced units of the NKR Defense Army were forced to resort to retaliatory actions to suppress the enemy's firing points located near settlements.

2017-07-05 13:48:26 The Ministry of Defense of Artsakh Republic has dismissed the Azerbaijani press reports on 3 injured soldiers of the Defense Army in the result of a blast in the military unit. ...
Karabakh army retaliates to suppress adversary’s actions

2017-06-17 16:02:33 Azerbaijani side violated ceasefire regime around 300 times from different caliber weapons along the line of contact from June11 to 17. At the different sections of the line of...
ArmComedy Web Exclusive - What's Going on in Nagorno Karabakh? (video)

2016-04-04 23:08:53 a. Armed hostilities erupted as a result of Azerbaijani military provocation along the entire length of the line of opposition between Karabakh and Azerbaijan armed forces. For ...
New information from the frontline. One more tank has been destroyed, MM-21 Grad...

2016-04-03 23:40:35 New information from the frontline. One more tank has been destroyed, MM-21 Grad rocket parking and a drone. The entire line contact of the Kharabakh-Azerbaijani armed forces i...
RA Defence minister Davit Tonoyan received military attaches of foreign embassie...

2016-04-03 19:22:19 At the meeting a briefing about the situation on the contact line of the Karabakh-Azerbaijanian antagonostic troops was introduced, during which the situation created as a resul...
Newsfeed

Ameriabank is supervised by the Central Bank of Armenia.

The interview of Kakhaber Kiknavelidze, an independent member of Ameriabank Board of Directors, about the Bank's activities, prospects for development and new opportunities.

“Ameria Tour” Draw: Chance to Explore Armenia with Us