The Azeri troops may be replete with mercenaries that are hired from so-called Islamic State (IS) of Syria and Iraq to fight on their side. 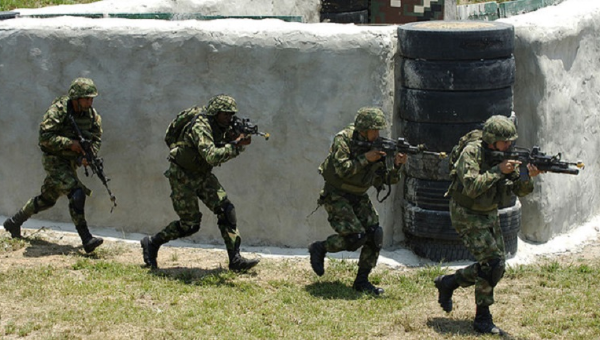 The Azeri troops may be replete with mercenaries that are hired from so-called Islamic State (IS) of Syria and Iraq to fight on their side. It follows from a number of crucial factors, including the involvement of more than a thousand of Azeris in IS and a very extremist style of killing.
The acts of extreme brutality that was employed against civilian population by the Azeri troops in the course of these days are beyond all reason. The most terrifying example was the murdering of a family in Talish village. The Azerbaijan soldiers shot an elderly couple to death in their home- Valera Khalapyan and his wife Razmela - and then cut off their ears.

The international community is well aware of this kind of brutality against civilians only from IS fighters. The execution in both Syria and Talish carried out by IS fighters and the Azeri troops respectively has totally the same cruel style and manner.
Besides the atrocity against civilians, it is extremely important to take into consideration the fact that currently on the territory of Azerbaijan there are excessively cruel and experienced extremists, who fought for ISIS. Over the last few months Turkish and Azerbaijani media wrote about the Azerbaijani extremists, returned from Syria and Iraq. All in all we know about 3000 extremists who are former members of ISIS in Syria and Iraq. Officiall,300 of them died and the rest, according to Turkish and Azerbaijani media, are currently on the territory of Azerbaijan. Consequently, nothing could prevent president Ilham Aliyev from sending terrorists, involved in

Azerbaijani troops, against Artsakh.
Undoubtedly, this fact should concern the international community, which declared ISIS a terrorist organization and has been making efforts to fight against global terrorism. It also means that by violating ceasefire and involving terrorists in its troops, Azerbaijan violates universally recognized human rights and international legal standards.