Two street preachers who handed out Islamic State leaflets outside the flagship branch of Topshop on Oxford Street, central London, have been jailed for inviting support for a terrorist group. 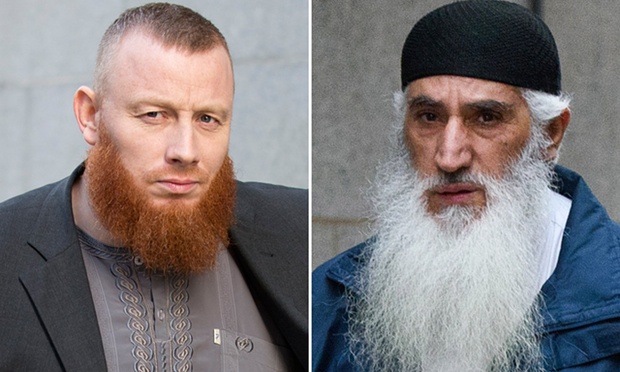 Two street preachers who handed out Islamic State leaflets outside the flagship branch of Topshop on Oxford Street, central London, have been jailed for inviting support for a terrorist group.

Ibrahim Anderson and Shah Jahan Khanwere among a group who were reported to police by two sisters as they preached in August 2014 to passersby and handed out leaflets in support of the establishment by Isis of a caliphate.

Asmaa and Reem al-Jufaisha, who were returning from a nearby Palestinian rights demonstration, confronted the men and took pictures of the stall decorated with the Isis logo, which they handed to police, the court heard.

Anderson and Khan denied inviting support for a banned organisation. Anderson also denied possessing information likely to be useful to a terrorist. A jury found both men guilty last week after a trial at the Old Bailey.