Moreover, they have lost no military serviceman 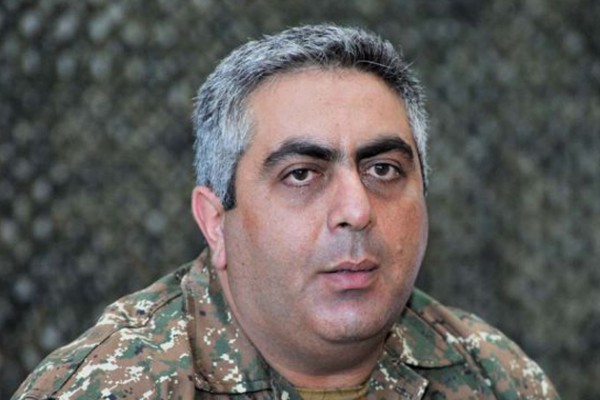 Artsrun Hovhannisyan, spokesperson of the minister of defense of Armenia, noted that the Azerbaijani MOD has disseminated disinformation.

“The Armenian Armed Forces did not carry out any sabotage,” Hovhannisyan wrote on his Facebook page. “Moreover, they have lost no military serviceman.”

2017-06-30 13:29:02 The Minister of Foreign Affairs of Armenia, Edward Nalbandian, does not rule out a talk with his Azerbaijani counterpart Elmar Mammadyarov, in July. Nalbandian on Friday told a...
Azerbaijan opens fire towards Armenia villages

2016-04-04 23:08:53 a. Armed hostilities erupted as a result of Azerbaijani military provocation along the entire length of the line of opposition between Karabakh and Azerbaijan armed forces. For ...
New information from the frontline. One more tank has been destroyed, MM-21 Grad...

2016-04-03 23:40:35 New information from the frontline. One more tank has been destroyed, MM-21 Grad rocket parking and a drone. The entire line contact of the Kharabakh-Azerbaijani armed forces i...
Newsfeed

Ameriabank is supervised by the Central Bank of Armenia.
World