Martirosyan lifted 191 in the snatch and 235 in the clean and jerk in the +105 kg weight category. 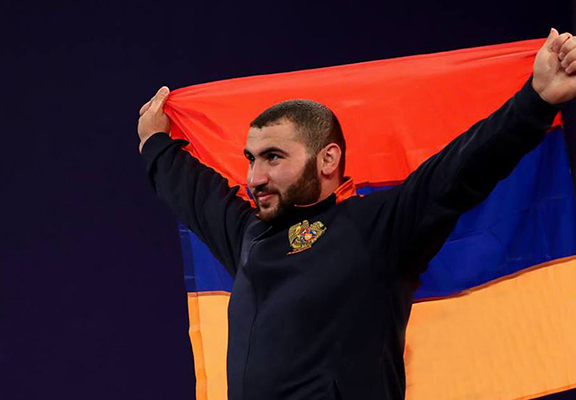 Simon Martirosyan, who won a silver medal last year at the Rio Olympic Games, became the world junior weightlifting champion Friday when he won the men’s over 105 kilograms snatch and clean and jerk events to claim to overall title on the final day of the International Weightlifting Federation Junior World Championships.

Martirosyan lifted 191 in the snatch and 235 in the clean and jerk in the +105 kg weight category.

Martirosyan has previously won a gold medal at the 2014 Summer Youth Olympics and a bronze medal in the 2016 European Weightlifting Championships.

2017-07-13 15:45:26 At Thursday’s Cabinet session of the government of Armenia, the Minister of Economic Development and Investments, Suren Karayan, introduced the 2017/18 action plan towards...
Vahan Martirosyan Told How He Had Appeared in Baku

2017-07-07 17:11:00 Vahan Martirosyan, a member of Armenia and Azerbaijan Peace Platform made up by Baku, has published a video with new details about his stay in Azerbaijan. “It is time to d...
Armenia, Azerbaijan FMs to meet in July?